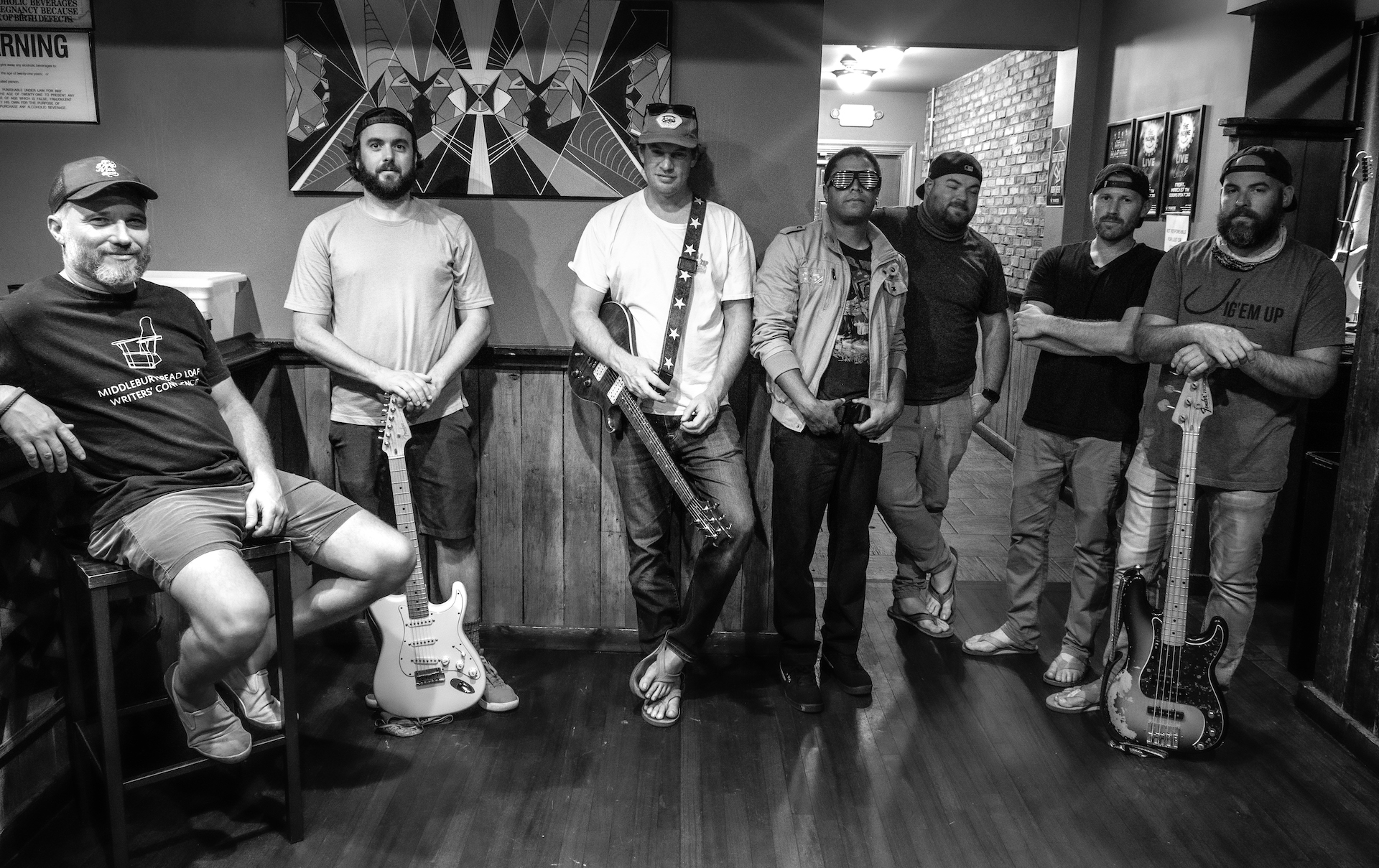 The Dirty Vice Band is a collective of musicians from the salty south shore of Long Island. Each of the 7 members of the band contribute a variety of musical influences, producing a unique original sound ranging from rock to funk to soul and mixing in pop hooks and improvisation.

While many of the members played music together growing up, the band really began (as many bands do) in an unheated garage -- this one adjacent to guitarist Barry Pittman's wood-working shop. In the winter of 2013, Pittman, drummer Pete Rettaliata, bassist Jim Phelan, and keyboardist Mike Phelan kept warm with spontaneous jam sessions that became more and more regular. While they were usually open and welcoming to anybody showing up to play, the band began to take form when rhythm guitarist Jamie Hoyler and lead singer Rayzor Lazor joined the jams. With the same desire to write original songs and play unique takes on b-side covers, the band began to rehearse more formally and their first show came in late May of 2014, at local bar Declan Quinn's, under the name of The Dirty Vice Band. The name and the lineup stuck, and the group enjoyed a successful summer performing locally on Fire Island. Percussionist Doug Meehan joined in July, and the band grew to seven core members, sometimes expanding to 10 or 11 with the addition of vocalist, Liz Bannon, and a horn section.

The band continues to write music and hone their act locally and across the tri-state area at venues like Arlene's Grocery and the Bitter End, as well as larger venues such as opening for Kool & The Gang at the Stamford, CT Wednesday Nite Live summer music series.

It is difficult to pin a genre on the band and the collective takes pride in this liquid identity, allowing itself to mold and morph around the inspiration of each of the musicians. There may not be a fixed genre, but there is certainly an identifiable sound that is The Dirty Vice Band.